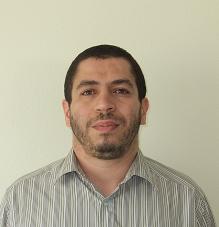 Omar Nibouche received his BEng degree in Electronics from the National Polytechnic Institute of Algiers (Algiers, 1998) and PhD in Computer Science from Queens University Belfast (Belfast, 2002). In 2001, he joined the University of Ulster as a lecturer in Computer Science. From 2005 to 2010, he successively took up research positions at the University of Leeds, Queens University Belfast and Bradford University. From 2010 to 2013, he joined Taif University, KSA, as an Assistant Professor in Computer Engineering. Currently, he is with the centre for visual computing at the university of Bradford. His research interestes include: Computer Vision, Image Processing and Machine Learning